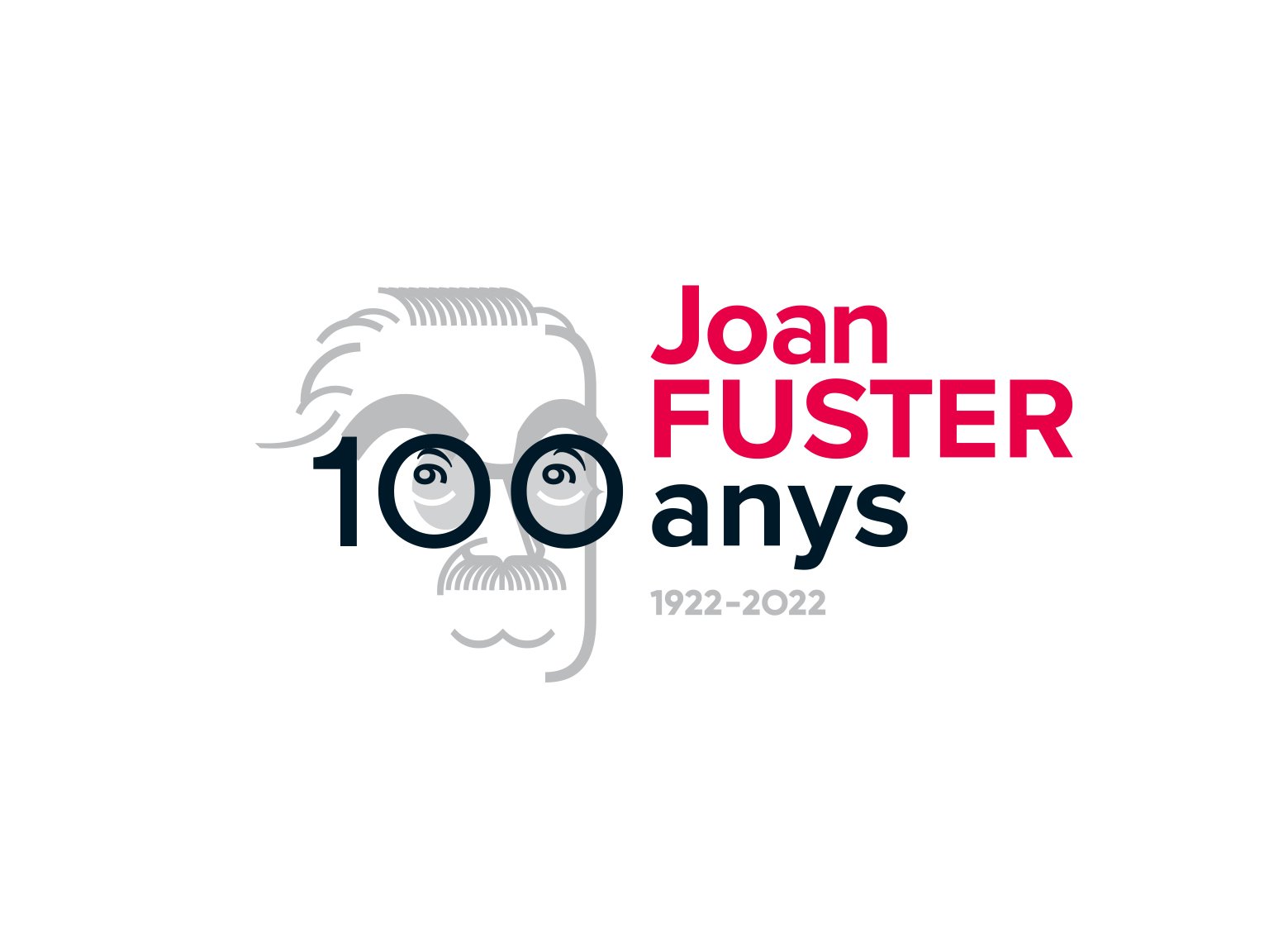 The Government of the Balearic Islands has joined the will previously expressed by the Generalitat Valenciana and the Generalitat de Catalunya to commemorate the figure of Joan Fuster. In recognition of the person and his career, through the declaration of 2022 as Joan Carpenter Year on the occasion of the centenary of his birth.

For the creation of the logo, the "100" has been used to highlight a very characteristic feature of Joan Fuster, the glasses. Typographic characters have been used to represent the face of this master of Catalan letters. 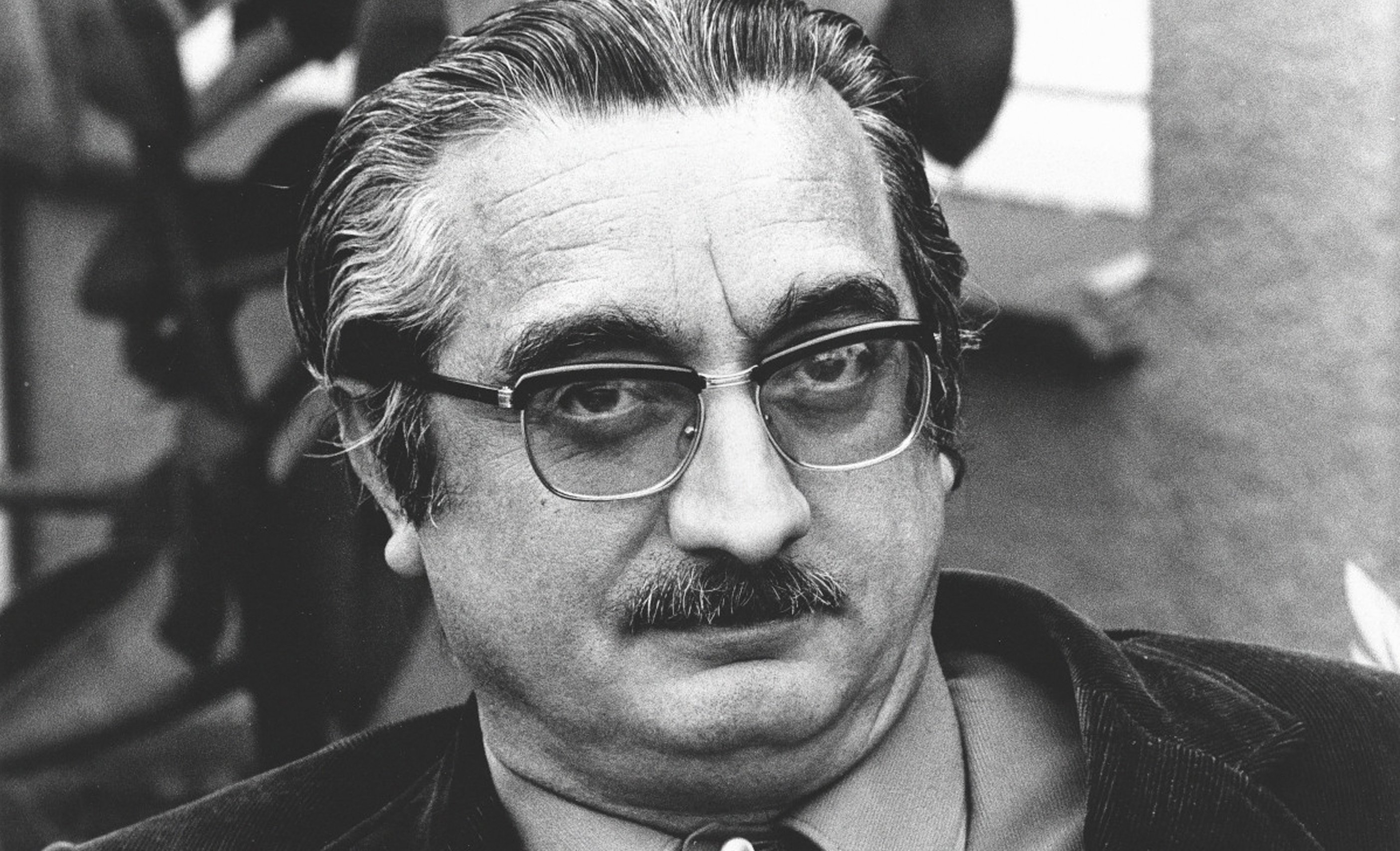 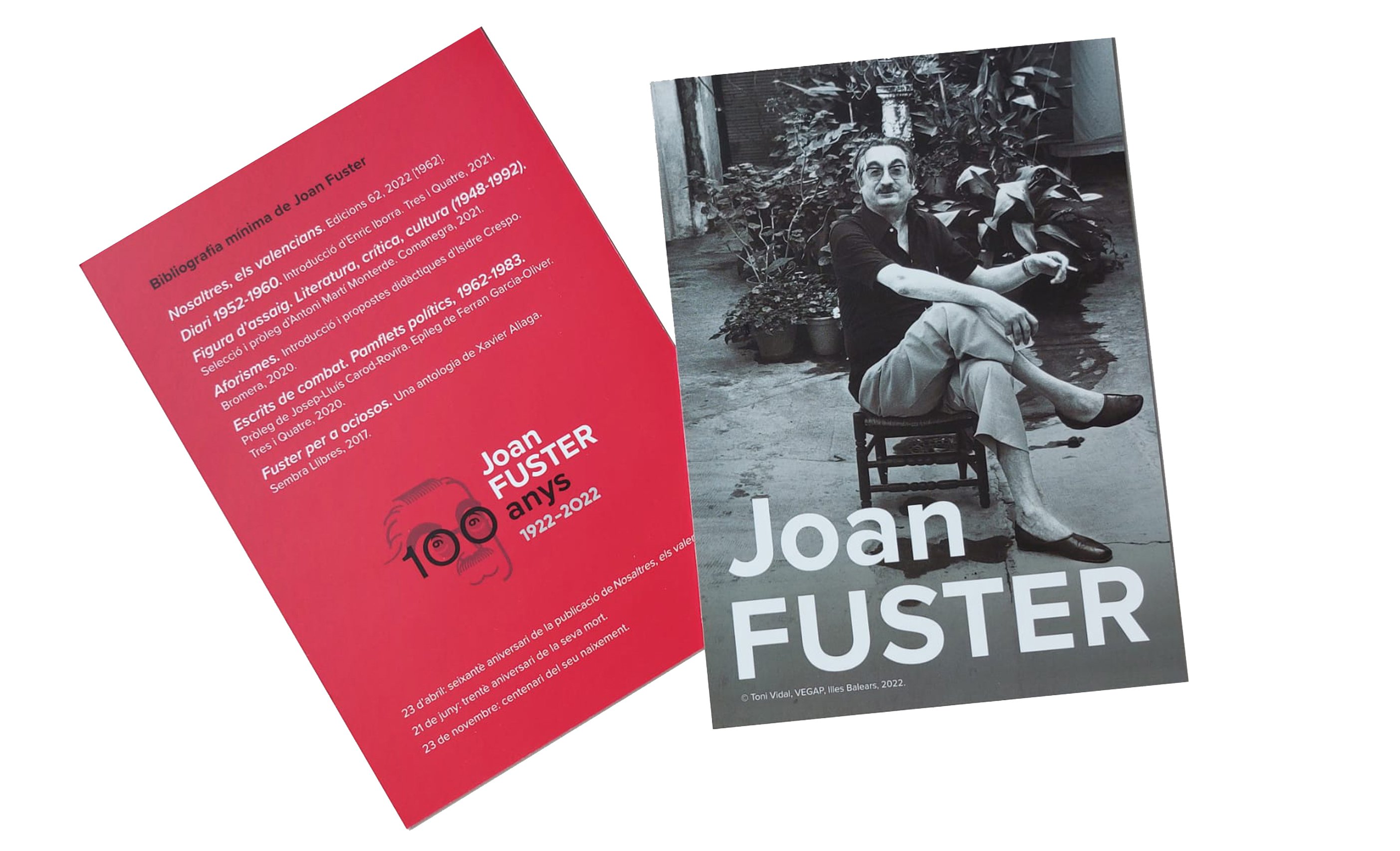 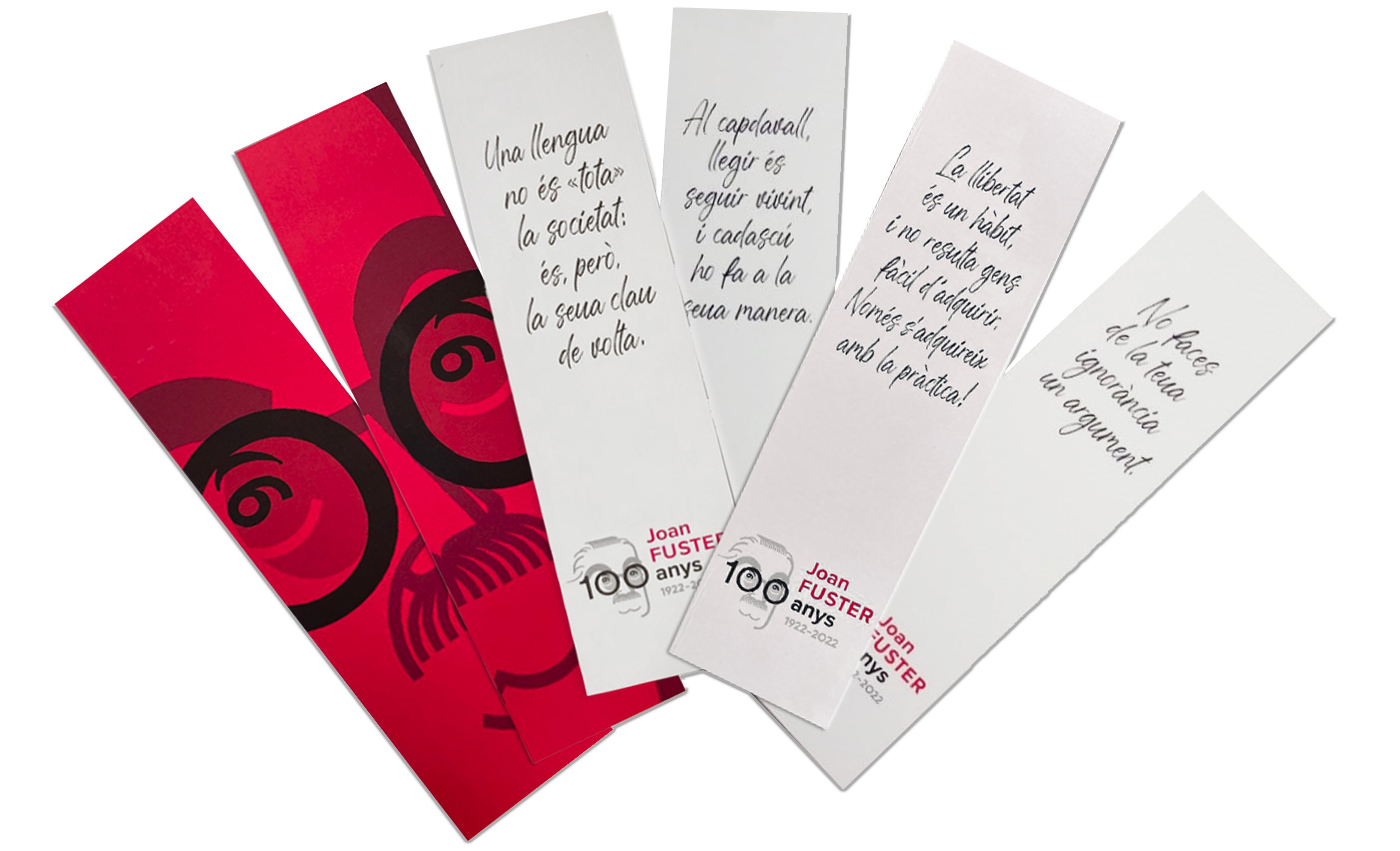 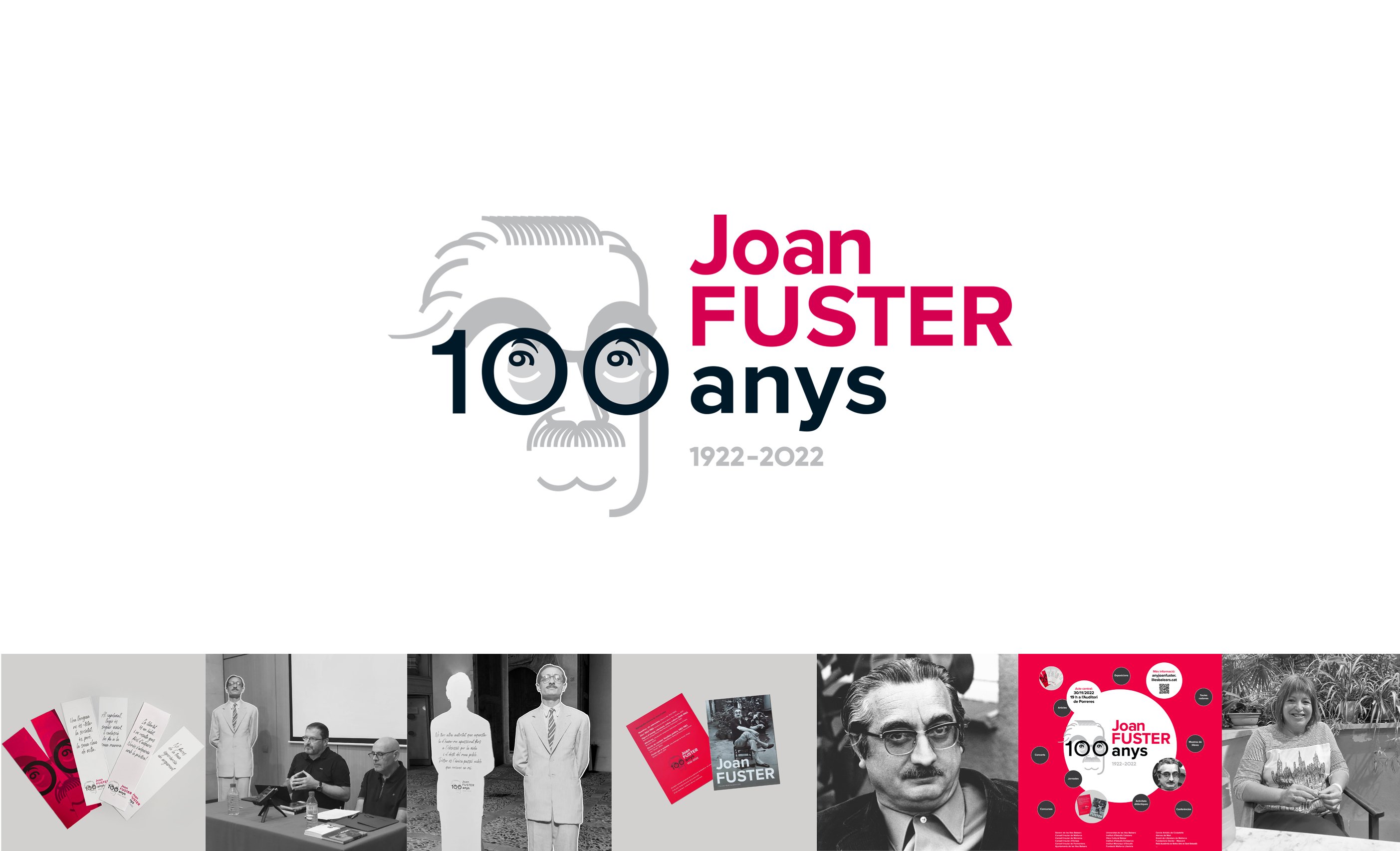 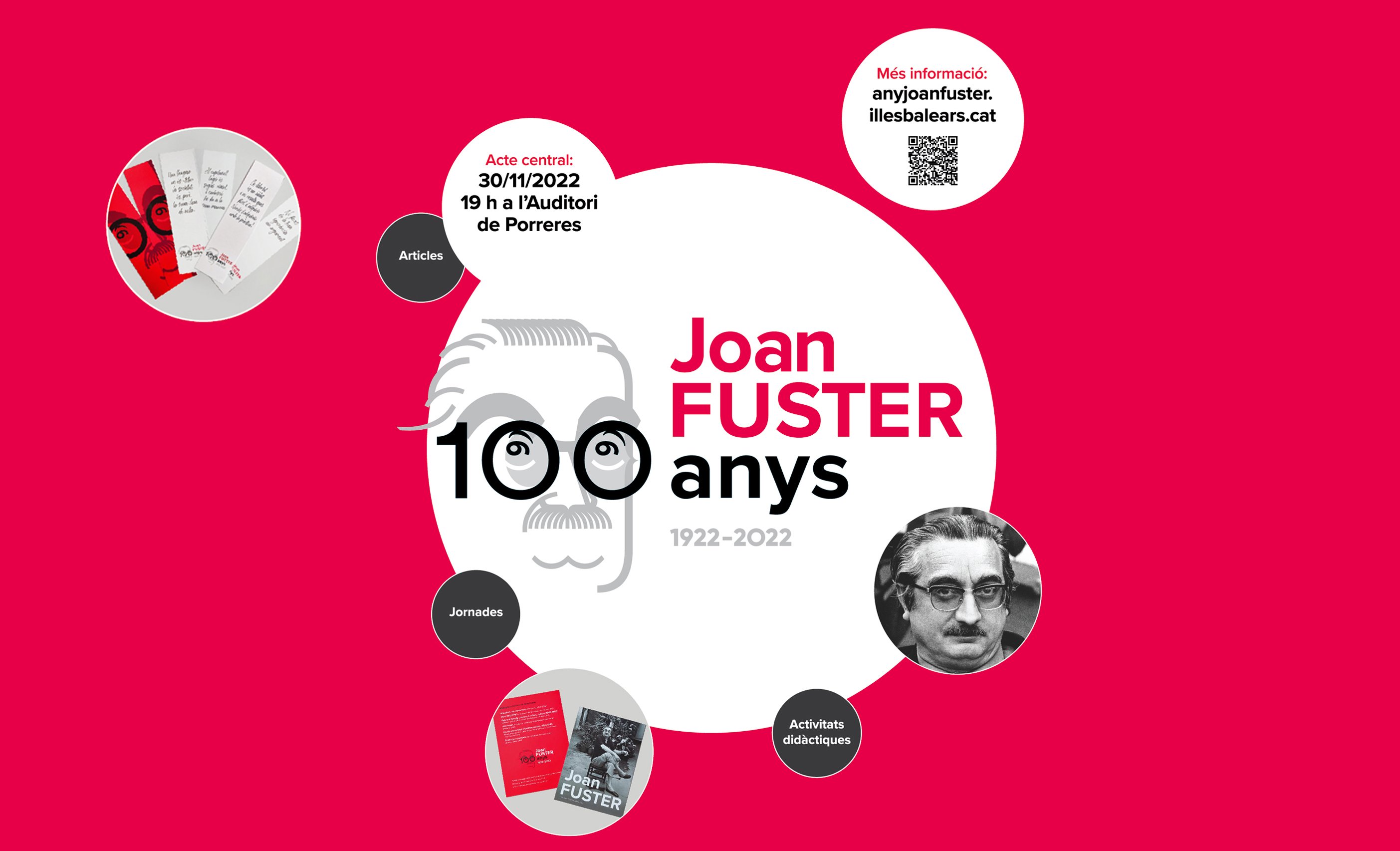